Adding further functionality to the plotting was becoming difficult and messy for a number of reasons:

There was also no real unit testing for the different components of the plotting objects. Only the higher level plotting functions were tested with various input arguments, and tests were deemed to have passed as long as no error was thrown in the process of creating the plot.

There was a great need to elevate the plotting code to the same standards as the rest of the codebase, with a modular design and full test coverage.

Refactor the entire plotting code by implementing a Model-View-Controller pattern. Instead of using many levels of inheritance to piece together a plot object, we use composition to give a SciPlot object the various components it needs to function. It contains: - a model: contains the input data and performs all the heavy calculations. - a view: contains a figure which is displayed and handles communications between controller and figure, as well as updating the profile depending on signals captured by the figure. - some widgets: a base collection of sliders and buttons which provide interactivity to the user. - a panel (optional): an extra set of widgets which is not part of the base widgets. - a profile (optional): used to display a profile plot under the figure to show one of the slider dimensions as a 1 dimensional line plot. - a controller: handles all the communication between all the pieces above.

The files were broken up into smaller pieces, and inheritance was used wherever it made sense, by providing base model, view and figure classes.

Below are some examples of event flow in the new pattern.

Moving the slider in a 1D plot: 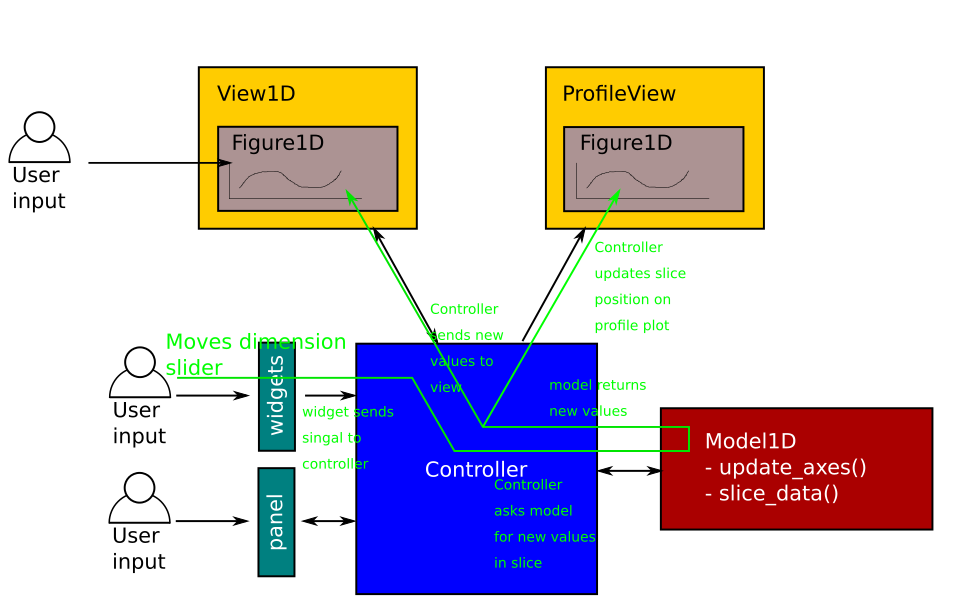 Saving a line from the panel buttons in a 1D plot: 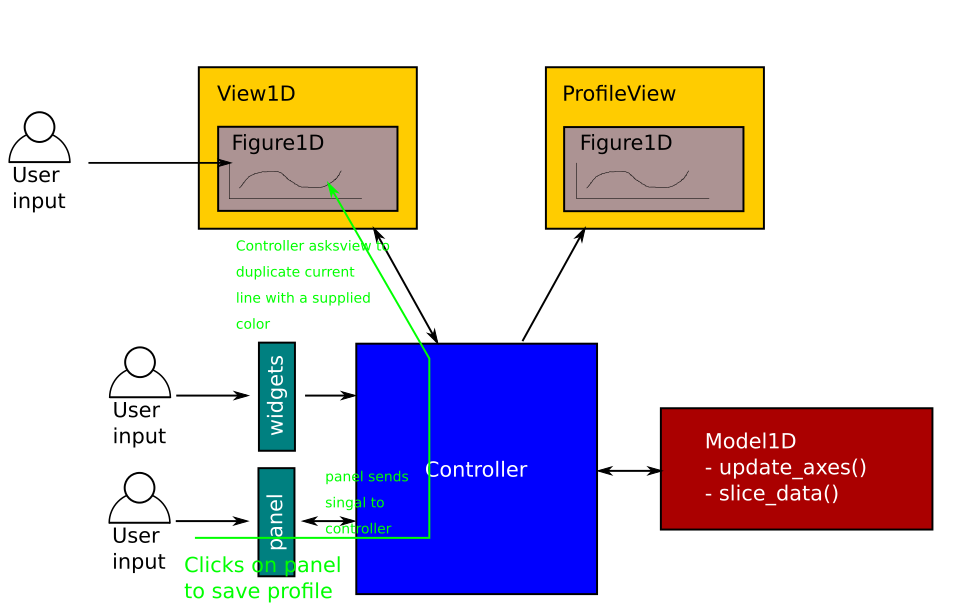 Clicking on the 1d view to save a profile: 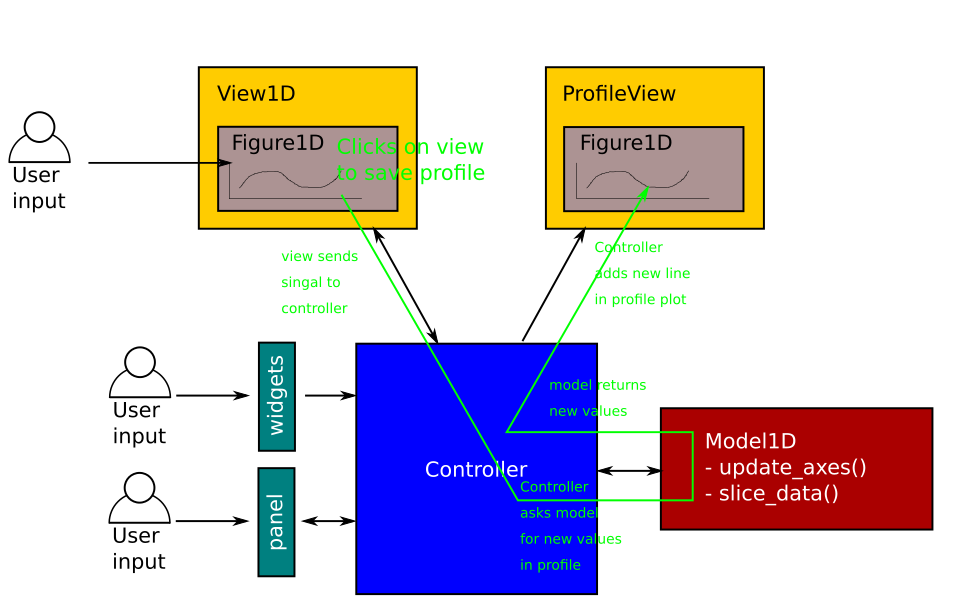 Moving the slider in a 2D plot: 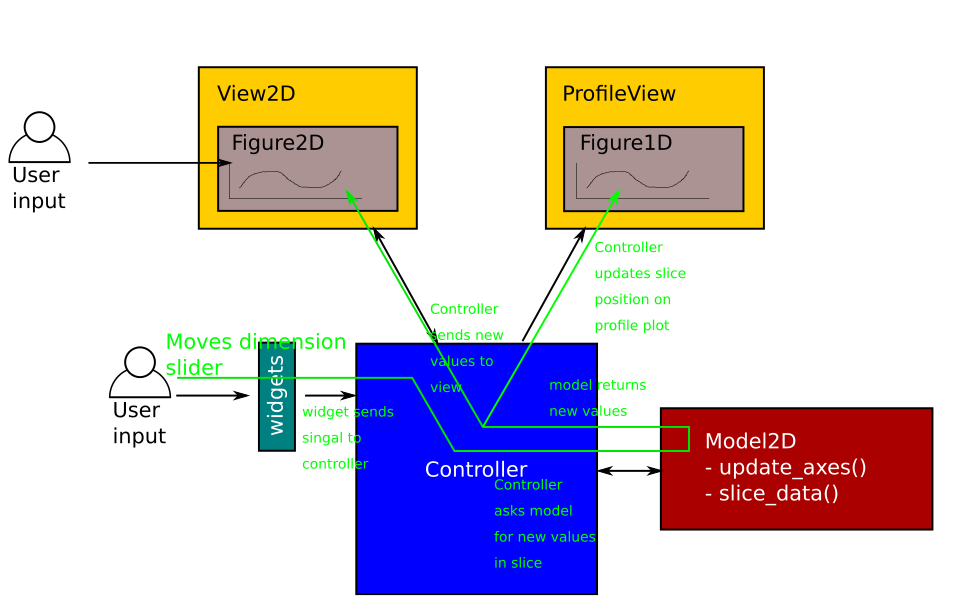